Immediately prior to the northwest coast of Africa lies one of the most beautiful sailing areas in the world: the Canary Islands! With their black or white sand beaches, volcano created lunar landscapes, snow-capped high mountain ranges, sea of ??flowers and glacial laurel forests. Each island, each landfall is a new experience.

The seven to the Canaries scoring islands can not be more different. To Fuerteventura with its long sandy beaches, the neighboring island of Lanzarote is in stark contrast. Here dominates red volcanic rock. On Gran Canaria and Tenerife climate zones from the hot desert climate, the rain forest up to the highest mountain in Spain, Mount Teide (3700m), which often carries a snowy cap.

The north-east trade wind blows so stable that you can ride 12 months a year under full sail here. Downturns are not to fear a rarity and tropical storms. Conclusion: Fresh Wind, which run along the Atlantic wave and lots of sun guarantee good visibility, easy navigation and super feeling!

The Canary Islands lie in the trade zone with subtropical Mediterranean climate. Because of its resistance to the north-east trade is used by the Atlantic Rally for Cruisers annually with the start of Las Palmas, for the rapid crossing of the Atlantic in the west. The winds blow with 3-6 Bft. in the open sea. His greatest constancy and strength he reaches For the late summer.

The whole year sets the Canaries current SSW at 0.5 to 1 knot. The tidal currents set at high tide in a northerly direction, at low tide in the southern and the tidal range is between 1.8 m at neap and 2.8 m at spring time. In the ports without pontoons can be toggled on and of going overboard at low tide to climb.

From Germany, they can take a flight fly to Lanzarote, Fuerteventura, Gran Canaria, Tenerife and La Palma. On La Gomera and El Hierro there is a small regional airport of the only flights to the other Canary Islands are possible.

By taxi or bus then to the respective port 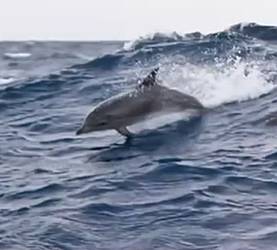